Keywords Studios is thrilled to announce it is opening its first dedicated recording studio for video games in São Paulo, Brazil.

Maximal Studios, acquired by Keywords Studios in 2018 and responsible for the localization of more than 150 games since 2011 (including Overwatch, World of Warcraft, FIFA, PES), will now benefit from a new 3,550ft², state-of-the-art facility.

It features six individual studios for recording, 5.1 surround sound mixing as well as pre- and post-production. 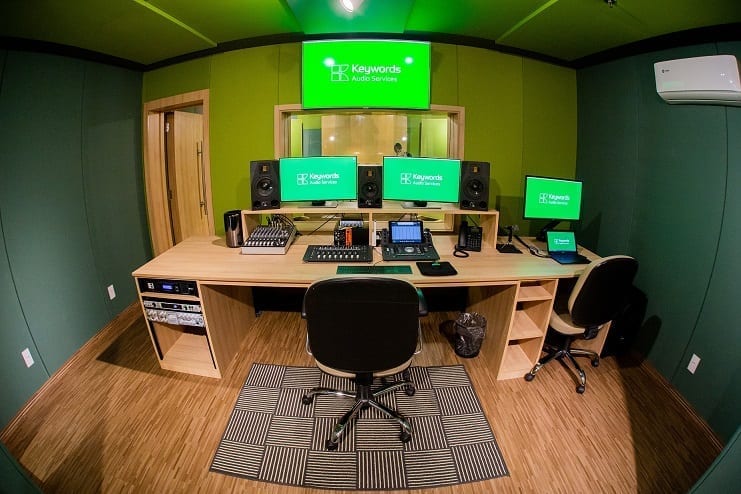 “We are creating new jobs, increasing our capacity and, as a consequence, offering a greater variety of services to our clients.”

Keywords Studios first entered the Brazilian market in 2015 with the acquisition of Reverb, a localization studio. Voiceovers and Localization services are increasingly in demand for the Brazilian video games market, a country where actors who provide dubbing voiceovers for beloved characters become stars in their own right.

“Keywords’ growth in Brazil has been very fast,” adds Cristiano Prazeres, Studio Manager. “Since the incorporation of Maximal by Keywords last year, the company has grown exponentially and our new studio reflects that.

“Our production capacity has doubled and we are very excited about the expansion that our new facility allows, not only in recording, but in areas such as production and project management.”

“Yet localization in Brazilian Portuguese was lacking a dedicated and scalable state-of-the-art, go-to voice-over recording capacity.

“We believe that with this expanded studio in São Paulo, we’ll now be in the best position to accommodate the always-increasing needs of our customers in Brazilian Portuguese voice-over.”